Yes, they will. Suburban and BUZ routes will use the busway in accordance with Metro buses, but they will split up when they enter Cultural Centre. However, the Metro does see the scrapping of routes 111,160 and 66.
Top

BT Enthusiast wrote:However, the Metro does see the scrapping of routes 111,160 and 66.

Is the intention that the Metro will tie all three together, so that all passengers travel via U.Q. Lakes University? If so, that's a significant dogleg for city-bound or cross-town passengers, but then, there are plenty of other services they could take.
Top

I note some expressions of interest are out re the "metro" buses, but all overseas manufacturers, which is disappointing. I'm sure Volgren and Custom at least are quite capable of producing a good double artic.

But what's happening with the proposed electrification? I doubt they could run it entirely on batteries without considerable downtime. I note that Prague is introducing a very similar sort of service (but on normal roads) to its airport, using double artics running on batteries but recharging on the move from overhead wires for about 1/3 of the route.
Perpetually on a T3 to "I. P. Pavlova, přestup na Metro. Příští zastávka, Náměsti Míru"
Top

With flash charging they can look forward to frustrating waits at stops like the Newcastle tram. Presumably other buses on the busway will be able to overtake them while they're sitting there charging? The one positive point is that it involves bodybuild by Volgren rather than fully imported as was originally spruiked.

In the long term they will pay for underestimating future capacity needs and not building it as a tram.

Council has released a new video of the state-of-the-art electric Metro vehicle, showing the vehicle design and key features. You can also view this video on Council’s YouTube channel. Read the video transcript.

A dead-set porkie to say that this will be able to move more than light rail. It will be a rerun of the Ottawa experience in the long term, but no doubt it will be adequate for some time to come.
Perpetually on a T3 to "I. P. Pavlova, přestup na Metro. Příští zastávka, Náměsti Míru"
Top

The Belfast bus is a Van Hool ExquiCity, similar looking but different manufacturer. The Brisbane one is a Hess LighTram, which is basically a diesel or trolleybus available in 18 (artic) or 24 metre (bi artic) lengths. Instead of trolleypoles and wires it is using batteries and opportunity (flash) charging at stops.

The LighTram model dates back to 2005 - so much for the Brisbane Mayor's claim that it's a new type of "vehicle" that can't be described (a common or garden variety bus). An earlier version of the LighTram has been running as a trolleybus in Zurich for many years, same electric vehicle basically: 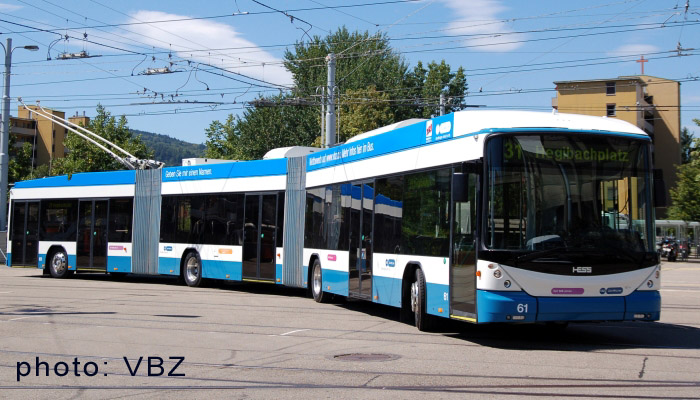 I see the "bus" in the BCC video doesn't appear to have a front passenger door. just an unnecessary full width driver's compartment?
The Sydney Classic and Antique Truck (and Bus) Show
On again June 2021
@ The Museum of Fire.
Top

In the old days trolleybuses often had a separate driver's door for the driver to get out and handle the trolleypoles, so it would be an unnecessary pretense these days .... unless they've specified a centred driver's seat like a tram, but that would be really stupid and space-wasting too. When you think of it, we're just welcoming trolleybuses back to Brisbane but with a new system of power collection and storage.

Edit: On further examination of the video I see the driver is on the offside and I wonder if it is in fact a full width cab. On the basically identical Zurich bus pictured above this is a passenger door, just like any normal bus.
Perpetually on a T3 to "I. P. Pavlova, přestup na Metro. Příští zastávka, Náměsti Míru"
Top

Why couldn't they just order an electric bi-artic and be done with it? They could skip all the stupid-looking trimmings that disguise the bus, and add unnecessary weight and cost to the end product.

I think the busway works well, but could use some reduction in the number of services using it.
Does every street, of every suburb need a direct service? Probably not - but that's not to say there shouldn't be direct services for areas that warrant them.
Is it really necessary to run peak "Rockets" when other trunk services aren't really all that busy enough to even fill a rigid? Certainly not.

I did like Brisbane's "BUZ" concept and think something beyond 900-series routes along key corridors would be useful here in Perth (weekend gridlock on many arterial roads suggests this would be desirable).
Top

Merc1107 wrote:Why couldn't they just order an electric bi-artic and be done with it? They could skip all the stupid-looking trimmings that disguise the bus, and add unnecessary weight and cost to the end product.

Well that's what it is. It's just the current model Hess LighTram but with Volgren body that will look a little different and probably non-compliant with Australian regs on dimensions etc, thus runs on a dedicated roadway:

A correction. The body is by Hess but Volgren will be outfitting the buses when they get here.
Perpetually on a T3 to "I. P. Pavlova, přestup na Metro. Příští zastávka, Náměsti Míru"
Top

Will the City Council be hiring new staff or training Bus Drivers to drive the Metro. Or will the Metro go out to tender like the City Cats services?
Top

The first Hess vehicle will arrive for testing early next year, it’s reported. The body’s fit-out and finish will be done at Volgren’s Eagle Farm outlet, in Brisbane.
As publicised by Brisbane City Council on Sunday, 24 November, 2019, it will introduce a new fleet of 60 high-capacity Brisbane Metro vehicles. The Metro vehicles will integrate seamlessly into busway operations and share the busway with existing bus services, as part of a better planned network, the council claims.

According to the council, Hess and its project partners will deliver a zero-tailpipe-emission, battery-electric fleet of vehicles with state-of-the-art, flash-charging infrastructure.

For commuters to better realise what the whole system would function and look like, the council has released a new video of the electric Metro vehicles, showing the design and key features. 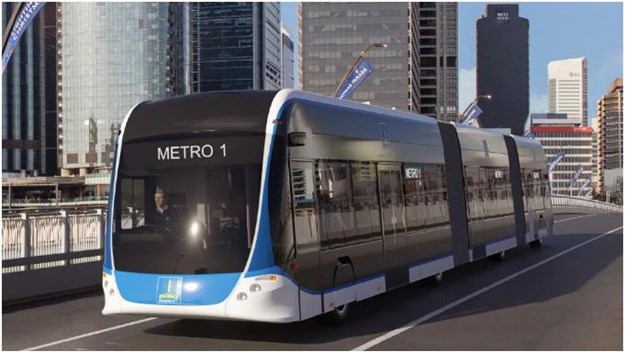 Each vehicle will be 24.4 metres in length and 2.55 metres wide, with the capacity to carry 150 passengers in comfort and 180 passengers in event mode, it states.

Other key features of the Metro vehicle include:

- flash charging in under six minutes at the end of route;

- four large double doors along the length of the vehicle for quicker boarding;

- low-floor design from front to rear, providing a high level of accessibility; 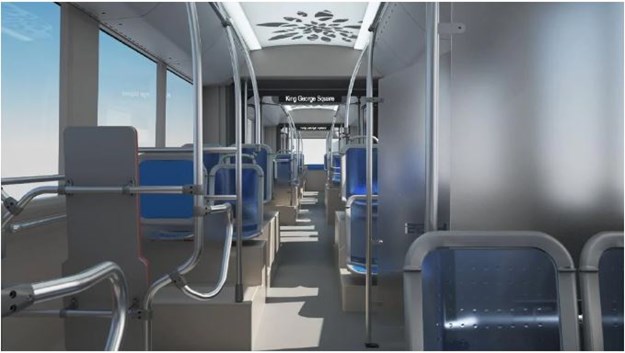 WHAT’S NEXT?
Initially, HESS and its partners will design and build a pilot Metro vehicle, which will be extensively tested in Brisbane, it’s reported. It is expected to be ready for testing in 2020.

Following the successful trial of the pilot vehicle, the council will have the option to purchase 59 additional Metro vehicles, with services expected to commence late 2023, subject to approvals, it clarifies.

"I think the people of Brisbane will be very excited about these vehicles, and proud that their city is taking a positive step to cut vehicle pollution.

"The tender process produced some cutting-edge thinking from the bidders, meaning we will have a near-silent, fully electric transport system." 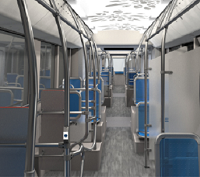 According to reports in The Courier Mail newspaper, the fleet of vehicles was originally expected to cost $94 million, but the council has confirmed they will now set ratepayers back about $199 million – an additional cost of over $100 million.

The council counters, though, that more than half of the extra cost will be offset by the affordability of running an electric powered fleet.

Transperth routes grouped by contract area can be found here. Current as at 2/11/2020.
Top

It's interesting that, instead of double-articulated buses, some European operators like Hamburg are now turning to the Mercedes Benz CapaCity L which is a 20 metre single-articulated bus with the same axle load and passenger capacity, because it's shorter and easier to operate. As the CapaCity is based on the Citaro, doubtless there will also be an electric version soon. The electric Hess (and the equivalent Van Hool ExqiCity) is now a 15 year-old design and may be approaching the end of its technological lead as a concept - but I suppose that's a bit of an Australian thing, discovering something "new" when it has already done a run of a couple of decades elsewhere (like fully low floor buses)!

Not only that, it has the same seating and standing capacity as the Hess, but there's obviously a developmental wait until an electric version (MB is very slow and late in that area).
Perpetually on a T3 to "I. P. Pavlova, přestup na Metro. Příští zastávka, Náměsti Míru"
Top

tonyp wrote:A dead-set porkie to say that this will be able to move more than light rail. It will be a rerun of the Ottawa experience in the long term, but no doubt it will be adequate for some time to come.

What do you mean? The system already carries more people than light rail IIRC. They didn't need Brisbane Metro for that.
Top

simonl wrote: What do you mean? The system already carries more people than light rail IIRC. They didn't need Brisbane Metro for that.

Do you have figures for that?
Perpetually on a T3 to "I. P. Pavlova, přestup na Metro. Příští zastávka, Náměsti Míru"
Top

BT Enthusiast wrote: ↑Tue Jun 18, 2019 6:08 pm Yes, they will. Suburban and BUZ routes will use the busway in accordance with Metro buses, but they will split up when they enter Cultural Centre. However, the Metro does see the scrapping of routes 111,160 and 66.

If the brisbane metro will be replacing the 3 routes that artics operate (I know they operate more, but those are the main 3) then where will the artics be allocated? I suppose blue cityglider, maybe popular BUZ routes like 333?


If you need to contact me privately, please email: 385buz@gmail.com
Top

There will likely be some sort of re-design of some parts of the network, resulting in a more trunk and feeder style system. The artics will be transferred onto HCV suitable routes which need extra capacity. You can bet that some routes that don't currently see HCV will gain them. If you consider there are roughly 150 tags and I think 66? artics in the fleet so far, these will be moved to other parts of the network.

The blue glider is already marked as an upgrade for HCV vehicles, the delay there is centered around the terminus, adding artics to the mix creates a bit of a challenge. Given the north-side currently does not have any HCV's servicing the area its reasonable to suggest that some will be utilized on that side of the river though, post metro at this stage is still very much an unknown.
Top

It is a pity that the two main interchanges on the northside (Chermside and Toombul) are not really built to handle the longer buses.

Do you know which terminus is the problem with HCV for the Blue Glider?
Top

What is meant by HCV in these posts? Any typical bus bigger than a minibus is an HCV, so why not just call them buses?
Perpetually on a T3 to "I. P. Pavlova, přestup na Metro. Příští zastávka, Náměsti Míru"
Top