Today saw the 104 year old A2-986 steam locomotive pass through Geelong on a tour from Sydney to Melbourne via Geelong and Ballarat. The stop in Geelong also included a trip to Drysdale for a ride on the Drysdale to Queenscliff tour railway.

Introduced in 1907, the A2 class steam locomotive served Victoria for almost sixty years. They were the strong-arm of the VR fleet, operating intra and interstate services across Victoria. The A2 class locomotive cut travel times between Melbourne and Geelong by 35 minutes, a time which was not well improved on until the Vlocity 160 units were introduced to the Geelong line in 2006.

Here's some photos of A2-986 passing the Anakie Road level crossing in Bell Post Hill on it's way to Ballarat. 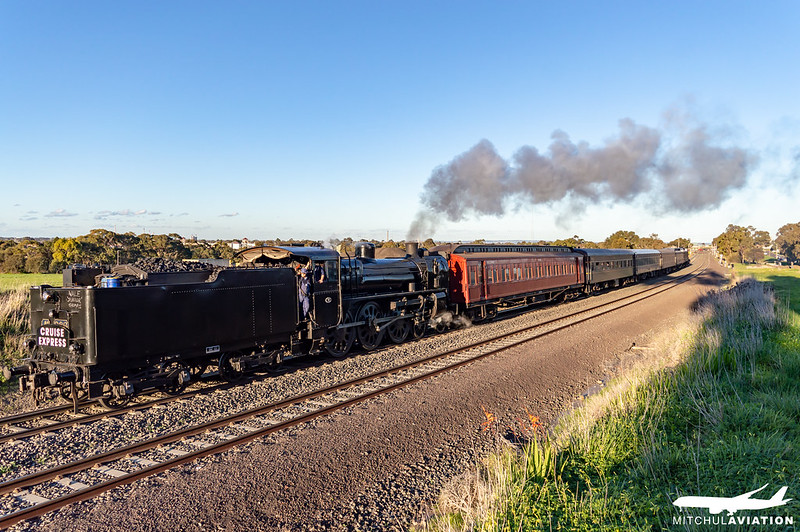 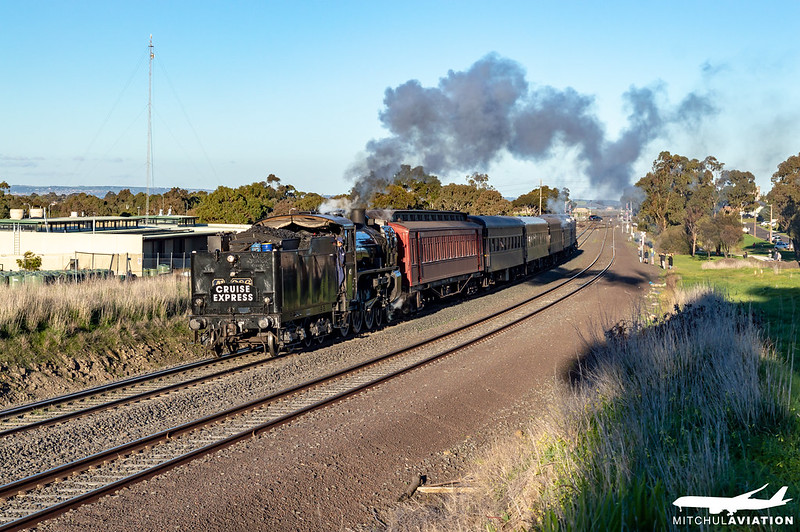