I'm only guessing but perhaps this is a Merc OH1418 but I haven't a clue as to its origin. It looks to be out of service. 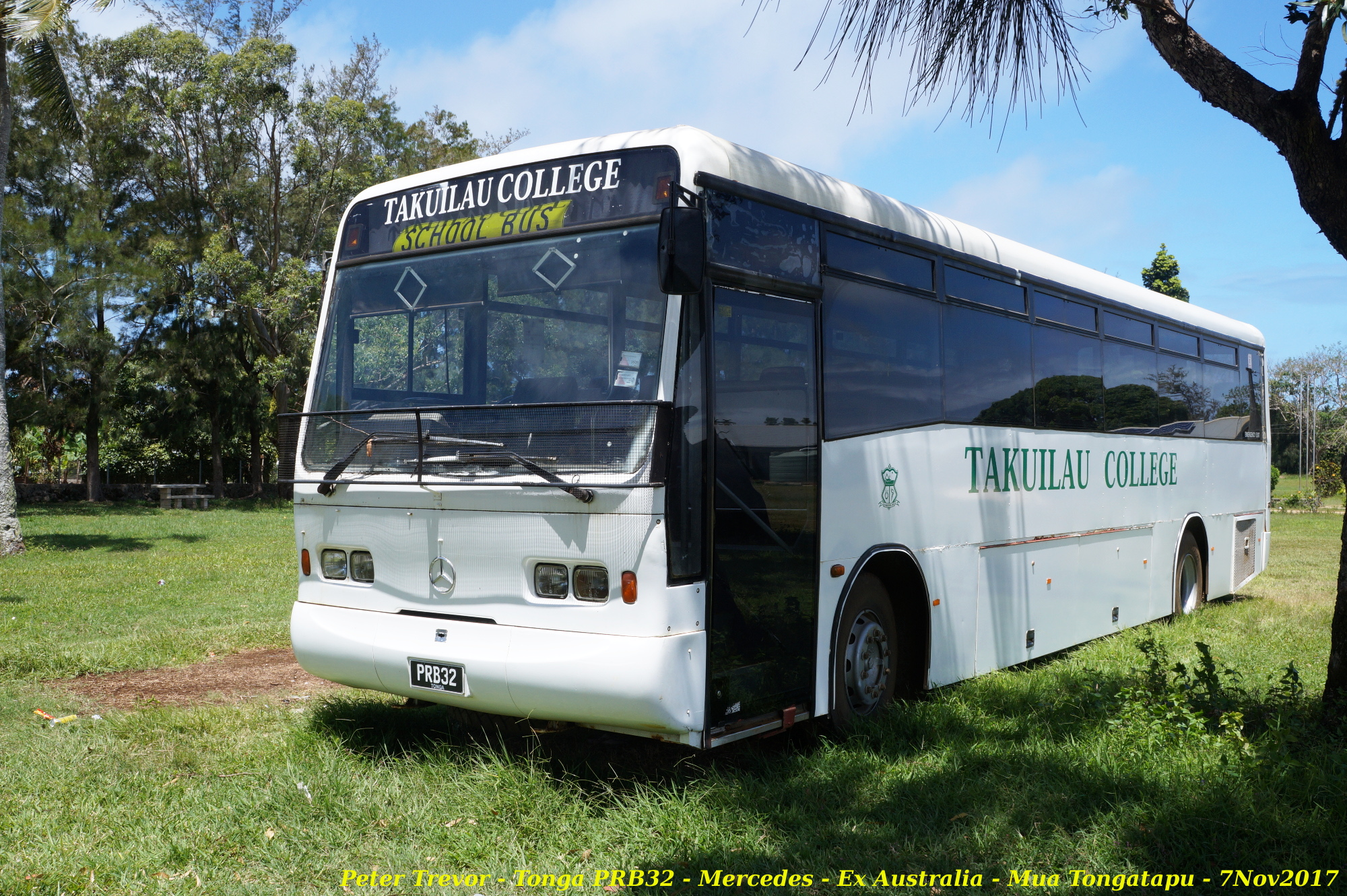 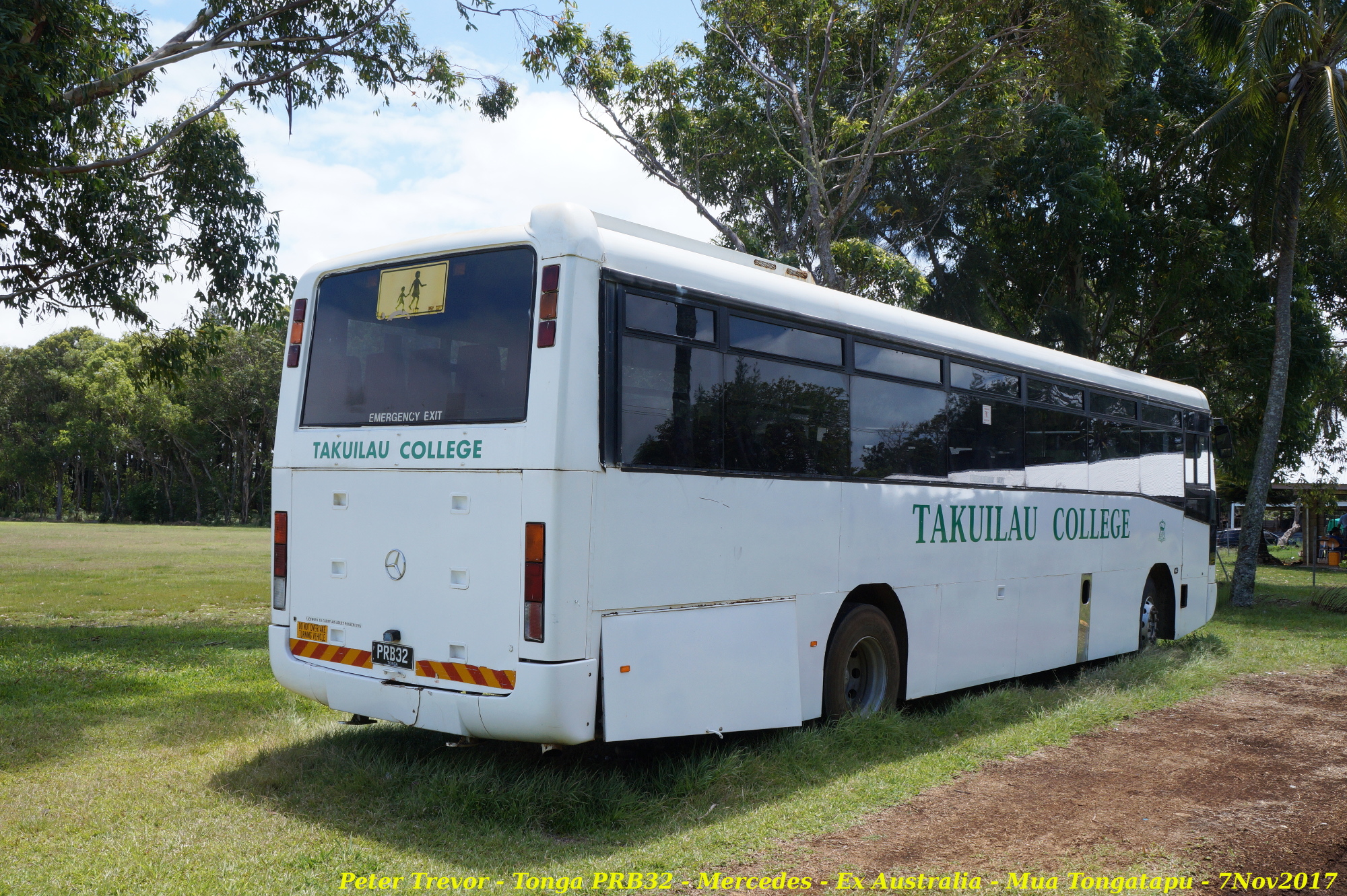 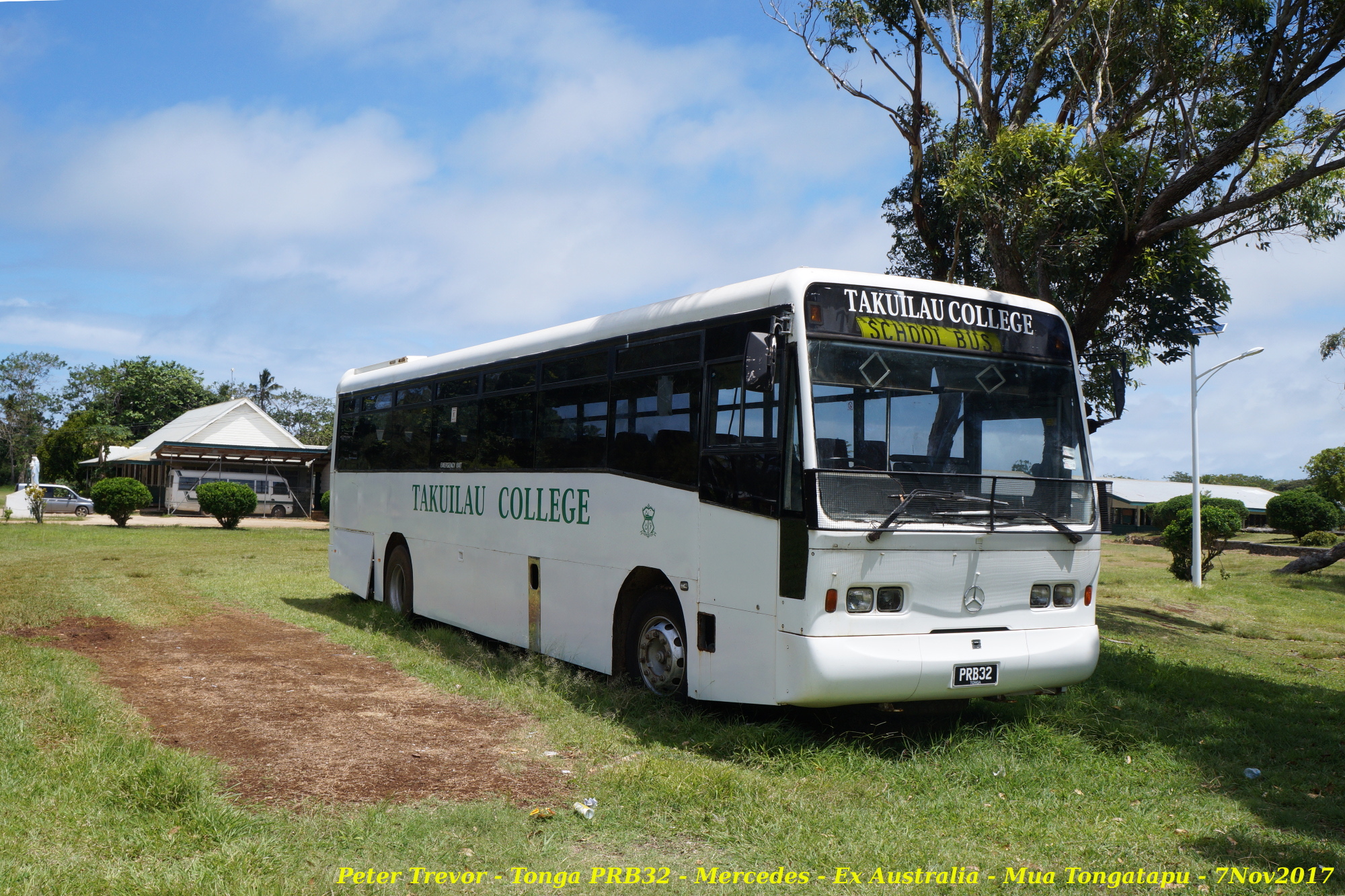 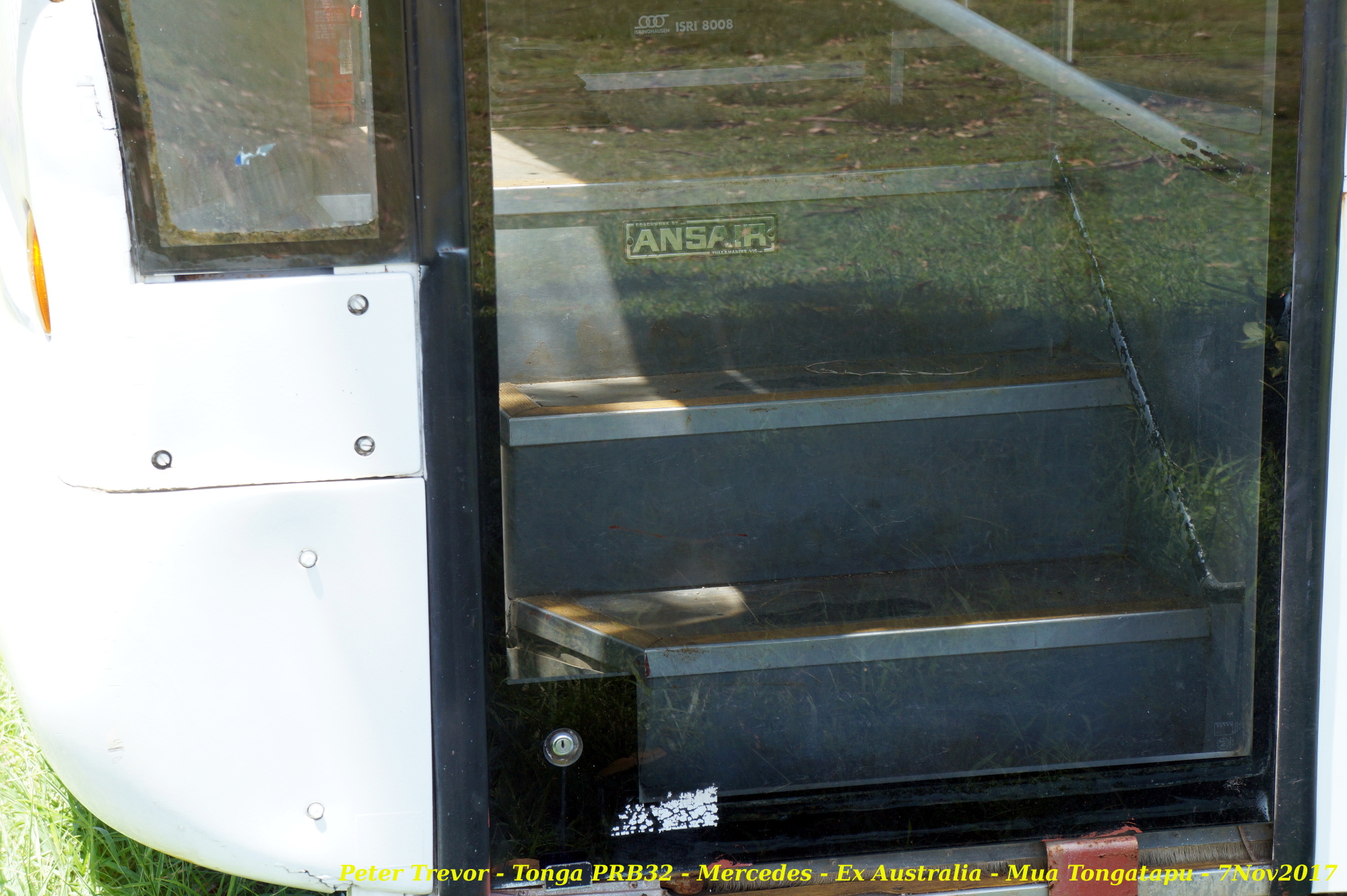 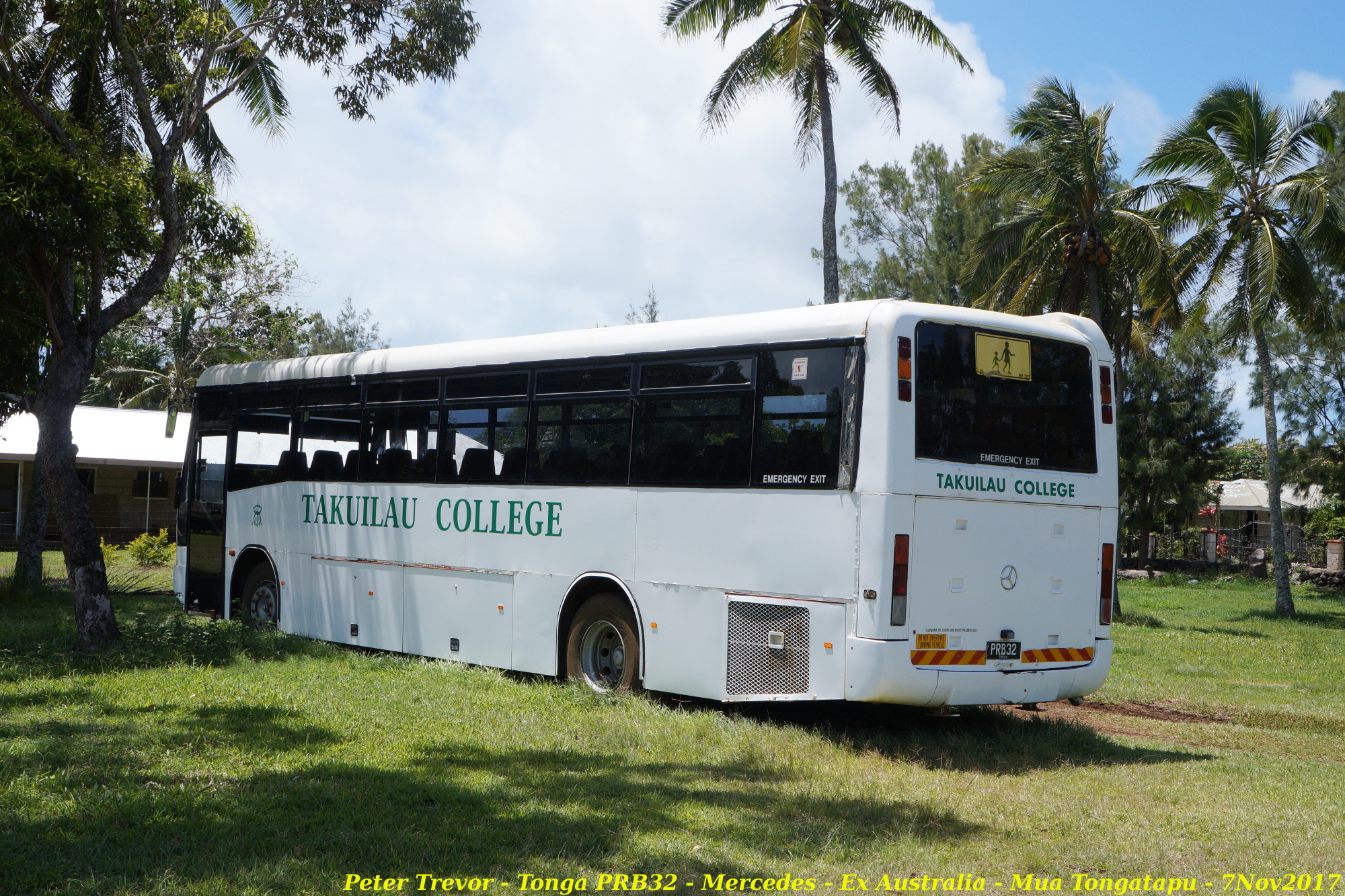 Mercedes OH1418/Ansair body.,Peter.The body number for the Ansair bodies are in the left hand side of the stepwell.If you can get that number we can work it out for you.
Top

burrumbus wrote:Mercedes OH1418/Ansair body.,Peter.The body number for the Ansair bodies are in the left hand side of the stepwell.If you can get that number we can work it out for you.

Apologies in taking so long to advise. A friend of mine visited the school in December2018, and Ive had a photo of the builders plate on hard drive since them. Mea Culpa

When I photographed it in Nov2017 I was under the impression it had been supplied to Takuilau College in Tonga where as it actually went to another operator called "Proud to be Morman" who was servicing the high school at Liahona. They also had at the same time a Centurion bodies Isuzu reg Tonga B588 (which Ive mentioned elsewhere and has disappeared) and a Volgren Volvo YV31MGC1XGD012098 reg Tonga PRB31(initially B610). The origin of the Centurion Isuzu is unknown, but must have been imported from Australia in the year preceding Sep2013 when the Volvo arrived. The Volvo was sold from "Proud to be Mormon" to Takuilau college after Jul2016 and it is presumed likewise for the Mercedes. Im still digging for the actual date ;-)Isuzu unknown

Both the Volvo and the Mercedes are operational as far as I know but the Isuzu I cant find head nor tail of. Proud to Mormon was operational from at least 2013 to 2016 and now disappeared into thin air