Luckily there were no serious injuries.
Top

saw 2186 doing 998 at riverton around 6pm. Maybe this move/on loan to Palmyra or Joondalup start to do some fremantle shifts during the week (i know sometime transperth have shift on the route but the it run from depot that not usually do this route like (welshpool do circle route, CV do Byford service and other)
list of my photo taken you can be found at https://busenthusiastic.wordpress.com/
Top

2186 came south on a change-off, and a 22xx went up to Joondalup. Haven't been changed back yet.

1560 seen running a 950 on Wellington St this afternoon.
Top

It should be noted that there were 4 trains backed up on the Joondalup line between Glendalough Station and the Fremantle Tunnel due to a security issue at Elizabeth Quay.
See:
http://www.transperth.wa.gov.au/Service ... 19pm-44260
http://www.watoday.com.au/wa-news/eliza ... y2low.html
[Insert Signature]
Top

also 3083 new artic at welshpool with white desto
list of my photo taken you can be found at https://busenthusiastic.wordpress.com/
Top

A cyclist in his 50s was injured after he collided with a rear end of a OC500LE CNG bus along Marmion St, Melville.
Top

Cyclist seriously injured in bus collision.
PerthNow August 24, 2017.
A CYCLIST has been rushed to hospital with life-threatening injuries after a collision with a bus in Melville this afternoon.
Police are investigating witness claims that the cyclist ran into the back of a Transperth bus as it pulled into a bus stop on Marmion Street about 4.30pm.
Fortunately an off-duty nurse was at neighbouring shops and he was among those who rushed to provide first aid until paramedics arrived.
A cyclist has been seriously injured after colliding with a bus. Picture: Seven News.
Police are investigating claims the injured cyclist, who is believed to be aged in his 50s, was not wearing a helmet.
The man was believed to be riding in a cycle lane at the time.
Police were speaking to the bus driver at the scene.
Detours are in place on Marmion Street near the intersection of Challenger Parade.
Major crash investigators are heading to the crash scene.
http://www.perthnow.com.au/news/western ... 111e0738ec

Just saw this one there, however is that seems still lacking a trip of the "Crown Bus" to Crown?? (Departs 9:20am Monday and Friday) 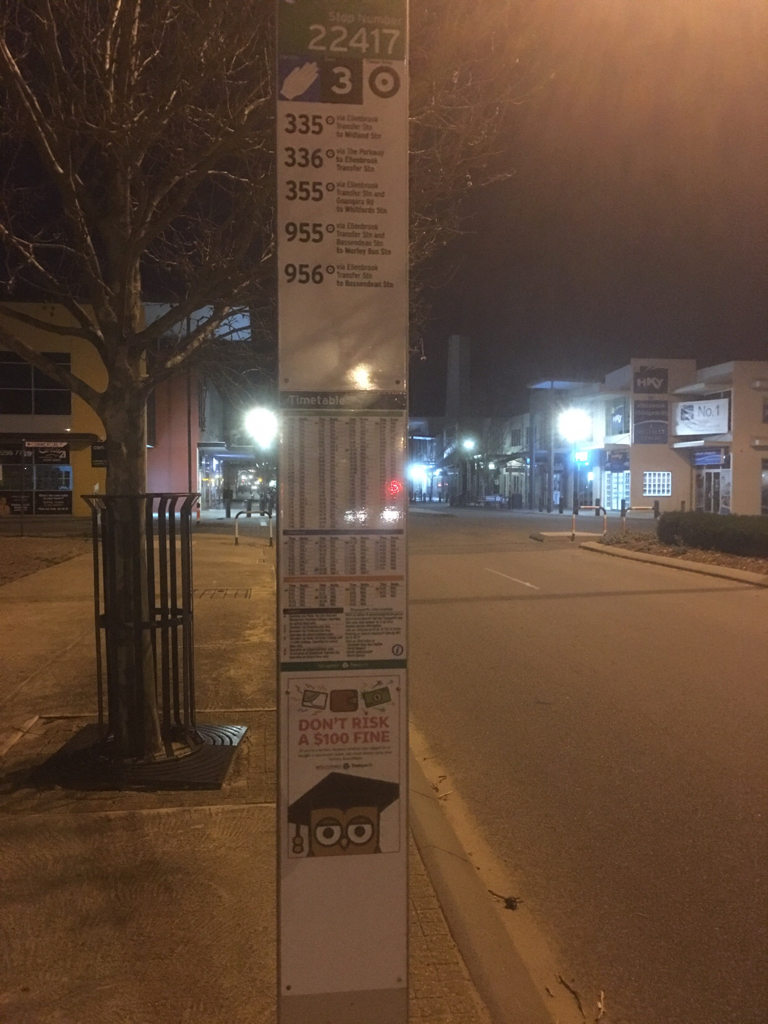 Bus 1662 did the first trip of route 355 from Ellenbrook to Whitfords, which was connected by route 334.

Just been on recently refurbed 1613. I must admit the seats in these recent refurbs are nice. Noticed immediately when I sat on them, they put extra padding in the seats.
Top